Hot Searches:
Solemn Declaration Language
You are here:Home » Testimonies » By Being Honest, I Was Actually Employed

In this age when university degrees abound, finding jobs becomes a great problem. Facing such a situation, I had to consider how I could stand out from many job applicants.

Once, one of my friends told me, “Now, when you attend for interviews, the companies will not only look at your educational background, but mainly focus on your work experience. The enterprises don’t employ the graduates who don’t have work experience.” Hearing this, I was worried and thought, “I don’t have any work experience. I’m just a rookie. What should I do to find a job?”

Even though I was worried, I still needed to prepare a resume and send it out. When I wrote it, it occurred to me that when I browsed web pages in the past, I saw there were professionals who taught people how to write work experience on the resume so that they could be accepted by the companies. Then, I searched online at once as if I grasped a lifeline. After browsing for a while, I immediately felt that hope was in my hands. Thus I intended to write the resume in accordance with what they taught online.

However, just when I would write whether I had work experience or not, I felt somewhat diffident and thought, “With regard to the work I clearly haven’t ever done, now I have to write that I have done it. This isn’t the behavior of an honest person.” Then I reconsidered, “I don’t have a high level of education. If I write I have work experience, perhaps my resume can attract the interviewers’ eyes and then they may make an appointment to interview me. What’s more, it’s not certain whether I will be wanted. I’d better try writing it this way and sending out my resume.”

Then, I wrote some work experiences that I didn’t have on my resume and sent it out. Unexpectedly, it really worked. In a few minutes, a company called me and invited me for an interview the next day. This made me very happy. I thought that work experience was really important.

The next day, I went for the interview happily. I had never thought the manager who interviewed me was difficult to deal with. She talked with me all afternoon, asking me many questions about my work experience.

She calmly asked me, “If there are only several bottles of so-and-so cosmetic products left in stock, how will you handle it? What will you do to make sure there are enough goods for sale?” “It’s easy. Just purchase more goods in time,” I replied quickly. Immediately after that, she asked me some details about purchasing. I immediately felt dazed and thought, “I had never handled this kind of work before. In the former company, I only handled some trifles involving the clerical work of the office, such as dealing with cash register operations, typing the information of the customers’ membership card at the service desk, keeping a record of raffles, and so forth. Should I tell her the truth? No. I can’t do that. Otherwise I won’t be accepted.” In desperation, I gave those questions a quick thought and then I replied with what I had understood.

After I replied, she didn’t say anything. Only then did I breathe a sigh of relief. Just then, she continued asking if I encountered some problems in purchasing, sales, delivering, and how I should resolve them. At this time, I was stumped again. No matter how I considered, I couldn’t figure it out. Seeing she was calm, I felt more nervous and thought, “Maybe I should speak the truth? If I do it this way, I won’t be so anxious. But now the companies all focus on job applicants’ work experience. It’s already no easy task for me to be wanted because I don’t have the high level of education. Furthermore, I have no work experience, the odds of me being hired is even lower. So I can’t speak the truth. But I’m a believer in God. Lying is despised by God and not after His heart. May I tell half-truths and pull the wool over her eyes?”

Suddenly, her cell phone rang and she took it, going toward the doorway. At this time, I felt a little relieved and found out I was so nervous that there was so much sweat in my hands. At a loss, I silently prayed to God in my heart, “Oh, God. What should I do?”

At this point, I suddenly thought, “God is faithful. He never speaks or acts ambiguously. He requires us to be honest like innocent little kids. On one side there are God’s requirements, and on the other side are my own benefits. Which one should I choose? Do I speak the truth or not?” I hesitated the whole time. I wanted to be honest, but I couldn’t bear to give up this opportunity. It was not easy for me to get this company to invite me for an interview. If I said I didn’t have this job before, then this chance would surely go up in smoke.

At this moment, I also thought, “Today’s social trend leads companies to judge people and hire people based on their work experience, but in fact, all things are controlled and orchestrated by God’s hands, including the manager’s thoughts and ideas. Even though I obtained her trust with lies so that she believes I have work experience, she won’t hire me unless God arranges for me to have this job, or even though I’m accepted, I won’t be able to have this job for very long if I lie and cheat in this way.”

At this time, I realized before I looked for a job, I had prayed to God, saying I would entrust my job search into His hands and was willing to obey His sovereignty and arrangements. However, in the face of the facts, I completely put aside His requirements and believed the so called “The success of the interview is up to work experience.” From sending my resume to coming here for the interview, I always vainly hoped to get this job by lying. Throughout the interview, I pondered how I should lie so that the fact that I didn’t have work experience wouldn’t be brought to light, and that way I could be hired. Alas, for the job, I really thought too much and was fearful.

Thank God! Thinking of this, I understood that work experience wasn’t the crucial factor of deciding whether I would be hired. Instead, the final discretionary power was in God’s hands. Meanwhile, I also realized that if I don’t speak the truth, even though I get this job, I’ll be uneasy, and, more importantly, I’ll lose the testimony before God. I not only won’t be honest and satisfy Him, but I will become Satan’s laughing stock. At this point, I was so brightened and resolved, “I must speak the truth to her. As for whether she will hire me, this is in God’s hands. Even if she doesn’t employ me, I am still willing to obey God’s sovereignty and arrangements.”

After a while, the manager hung up, came in and continued interviewing me. During the following interview, as for the questions she asked, I told the truth. If I knew the answer, I said it and if I didn’t know the answer, I said I didn’t know it. Every time after I answered a question, I felt calm and steady. Comparing to my mentality before, I felt as if a heavy burden was unloaded from my heart. After the interview, the manager asked me to wait for a response within two days. I thought, “Obviously, there’s an off chance.” I felt somewhat disappointed, but having understood God’s will, I was still willing to calmly accept the ultimate outcome.

Unconsciously, two days passed. I didn’t receive a notice to hire me and I decided to apply for other jobs. But unexpectedly, on the third morning, I received the manager’s call. She said, “I see you’re quite honest so I decide to give you a chance. Just study hard on the job.” Hearing this, I felt so surprised and ashamed, I thought, “Am I honest? No. Without God’s guidance, I would have certainly continued lying. All this was the effectiveness of God’s work on me.”

I couldn’t help thinking of when I went to the interview that day, the manager told me she had interviewed several job applicants. They had associate degrees or university diplomas. But she didn’t hire them. Compared with them, I had neither a high degree nor work experience, but she hired me. At this moment, I deeply knew it was God who held sovereignty over this all. When I was willing to practice being honest, I not only didn’t lose this job, but achieved God’s blessings. This job was His approval of me. I truly experienced the word in the Bible, “When the true worshippers shall worship the Father in spirit and in truth: for the Father seeks such to worship him” (John 4:23).

Why David Was a Man After God’s Heart

Amazing Grace: The Lord Has Given Me a Second Life

Why the Lord Jesus Preached in Parables 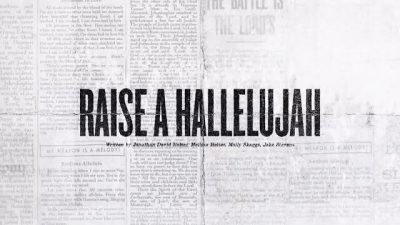