Hot Searches:
Solemn Declaration Language
You are here:Home » Testimonies » Unable to Swim, She Actually Survived When She Fell Into a 100-meter-wide River

“Is it the Lord she believes in who saved her?” “Yes, she is so lucky. Good fortune awaits the survival of a great disaster.”

Every time I heard my neighbors talking about this, the dangerous scene on that day would come into my mind. And my thanks and praises to the Lord were really beyond expression.

It was one day of the late spring when I was 32 years old. Past 9am I rode a bike to my relative’s home hurriedly. Because the matter was urgent, I chose to take the shortcut.

However, when I took this shortcut, I had to go across a narrow bridge without guardrail, which was only suitable for one person to go across at a time. Under the bridge, there was a 100-meter-wide river. Several years before, a young man accidentally fell into the river when crossing this bridge. Though he could swim, he was still drowned. Later, nobody dared to take this road. All the way, my heart whispered: Alas, what if I fall into the river? This is a life-threatening thing. Why not head back? But the matter is too urgent, and can’t be delayed. As long as I am careful when going across the bridge, it should be okay! After thinking twice, I still decided to go across this bridge.

When I arrived at the bridge, I saw the river was very deep and fast, and it was about two stories high from the water surface to the bridge. Because it just rained several days before, the road was bumpy. When I rode to the middle of the bridge, it was hard for me to get the swaying handlebars under control. I feared that an accident would happen, so I hurriedly jumped from my bike. But because the bridge was too narrow, I failed to find a place to put my feet on, and lost my footing and fell into the river along with the bike.

At the very moment when I fell into the water, I thought: I’m done for. I must be dead. Just at this time, I suddenly thought of the Lord Jesus, so I kept calling out to Him: “Lord, please help me! Lord, help me!” The water covered my head so that I was gargling several gulps of water and couldn’t breathe. By instinct, my hands and feet began to thrash about in the water.

Just when I was about to stop breathing, my head rose to the surface suddenly. Then I used all my strength to move to somewhere that was full of weeds at the riverside. I had great difficulty catching a small twig, but the river was so deep that I couldn’t stand up. I felt very disappointed, fearing that I couldn’t hold on because I would use up all my strength in a while. Just at this crucial moment, my feet touched a stone that I could keep my footing on. Instantly, I stepped on it and stood up, and then my body came out of the water.

But when I looked around, I found the bank was too steep to climb up, thinking, “What should I do? Here in the middle of nowhere there is simply not a soul. If the tide rises, the overflowing water will make me unable to stand on the stone anymore. Then, I will be drowned.” At this point, I thought of the saints’ faith in the Lord as well as the Lord’s great power, so I had faith in the Lord. Slowly, I had no fear, and was convinced that the Lord would arrange for someone to help me.

During this time, I still tried climbing onto the bank. But because it was too steep, plus I was too exhausted, I was no hope of climbing up. Thus, all that I could do was wait. Just when I was helpless, I raised up my head and saw an old man running breathlessly toward me. Seeing I was in the river, he said to me loudly, “Don’t be afraid! Please wait there, I will ask some people to save you. …” This made me very happy, because the Lord really arranged for someone to help me. I thanked the Lord in my heart silently.

After a long period of time, the old man found some people and they took the ropes. They pulled me and the bike out of the river. They said, “Luckily, you can swim, otherwise you would have been drowned.” I said to them, “I can’t swim at all.” But they didn’t believe me. I was very clear that it was the Lord who saved my life.

The Bible records: “And call on me in the day of trouble: I will deliver you, and you shall glorify me” (Psalms 50:15). In the time of danger, when I sincerely called out to the Lord, I saw the Lord’s deeds. The Lord’s great power is at all places and at all times. The Lord watches over me and protects my life at my side anytime and anywhere.

After experiencing this, my faith in the Lord was even stronger. Whenever it came to Sunday, I would take my child to the church. Sometimes, when the villagers asked me where I was going, I would say proudly, “Today is Sunday. I’m taking my child to worship the Lord.” The villagers around us discussed, “The God she believes in saved her life.” “Really?” “Yes, she can’t swim, but she wasn’t drowned when she fell into the river.” At this time, the people around also looked at me with approval.

In their discussion, I walked away into the distance with my child … 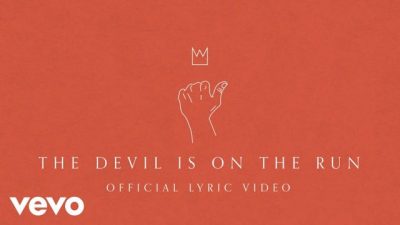 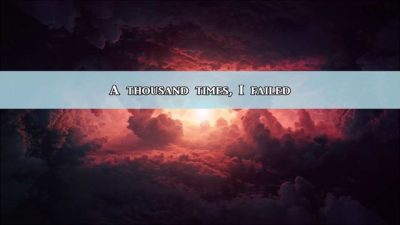 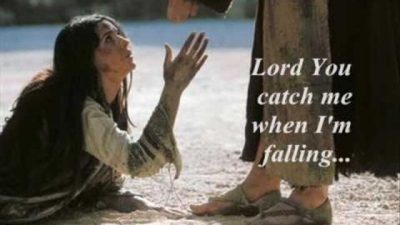 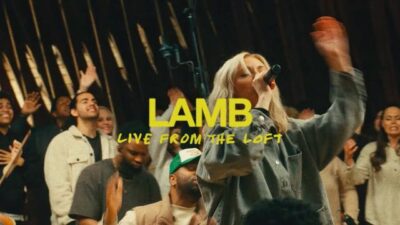